-an artistic and social project with start in the documentary

Stories about an industrial village 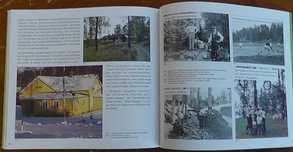 Our work in the project have gone into a less hectic period - during autumn 2015 we arranged two  exhibitions and two sound manifestations - all of them well visited. We also collected material for the first book and arranged five public meetings with this aim. From now on we all also have to give some time to our normal activities, not only to this important project.

We have no fixed dates, but this is coming:

An evening with the film about the industry.

A sound installation somewhere in the village. 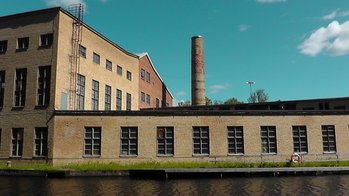 A big audience of more than a hundred persons took on October 31, 2015, part in our unique, mad, important and melancholy sound manifestation honouring 150 years of industrial history. Using the links below you can get at taste of this event performed on the roof of the paper mill on a misty October night. The musicians are Stefan Halvordsson, Peter Halvordsson and Jörgen Moberg.

Gitarrvemod - sound from the pulp going into the paper machine TM2

Gitarr och thereminduell  a duel between a guitar and a theremin with howling mill motors as accompaniment.

Below you find first an intro with percussions, second "Coloured pulp blues" and finally "Final". 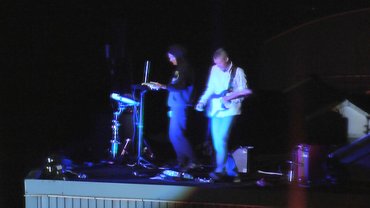 Goals and aims of our project

Our first book is printed!

72 pages rich with illustrations you have not seen before, and a well written story about life in Långed and Långbron since 1850. Lena Grönlund has written the text, Patrik Olofsson and Vigdis Bitustöyl Jacobsen are responsible for illustrations and layout, and Eri Hopper produced the final art work.

We can sell you the book if you

(Swedish number), or by email.

If we have to send the book to you,

you will have to pay extra for this.

It has happened before and now it is happening again: a big industrial combine  close down a paper mill in Dalsland. Fifty workers has lost their jobs in our small village Dals Långed and a 170 year long epoch will end. Such an act must not be allowed to pass by unnoticed, so we decided to document the life in and around the paper mill in Långed. We also want to launch a new era of initative with the energy from our many artistic manifestations.

The short-term goals for the autumn 2015 was to use documentary sound, stories, photos and films to carry through two exhibitions in a local art gallery, realize sound installations around the mill and in relevant localities. This we did as parts of Gothenburg International Biennal of Contemporary Art 2015. As the theme for GIBCA was how history is shaped and by what powers, we also narrated and problematized how we worked and thought.

Thanks to the county council that have given us 150 000 SEK it has been a lot easier to fulfil this programme.

The long-term goal is to build such networks in Dals Långed that we can help fill those big buildings that may be left empty, with new firms, new workplaces and new happenings.

Another goal is to publish a book about Långed telling about all that shaped the island (the canal, the power station and the industrial activities starting with a mill in 1844), and worker’s life in the houses specially built for worker’s and their families, and what workers built like co-operative shops, Långeds folkets hus (People’s Palace), houses for temperance leagues and a dance-pavilion.

The photo above is a link to a page with photos showing the paper mill in it's surroundings taken during summer 2015. Photo: Lena Adamina Waldau

The following persons belong now to the steering group: Inge Larsson, Patrik Olofsson and Kenneth Martinsson from the paper mill, Lena Grönlund, librarian and local politician, the musician Peter Halvordsson and the artists Vigdis Bitustöyl Jacobsen and Lena Adamina Waldau, and local historian Monica Åhlund. We are joint responsible through the organisation Långedprojektet for this web site and for the project as a whole. You can contact us via artfool@telia.com